If you were to contact the Majors Firm after suffering a personal injury in a car accident, we would evaluate your case to determine what claims, if any, you could make against other parties. Texas law recognizes nine different types of compensable claims. Would they all apply you? That would depend on the circumstances of your case.

All nine types of claims fall under one of two categories: economic and non-economic damages. The word ‘damages’ refers to the negative impact experienced by the injured party. If another driver hits you and breaks your leg, the amount of money you pay to seek medical care would be considered a financial damage to you.

Below are the nine types of compensable claims allowed in Texas. Note that the first four are economic; the remaining five are non-economic.

1. Past and Future Medical Expenses

The first compensable claim is the one that most people are familiar with. It covers past and future medical expenses. These types of claims tend to be the most expensive in Texas due to the high cost of medical care. Even a minor injury can result in tens of thousands of dollars in medical bills.

Also known as loss of past earning capacity, this second compensable claim is intended to recover money that would otherwise have been earned had the injured party not been injured. It covers lost wages from the time of the accident to the time of litigation.

Similar to lost wages, we can file a claim to recover future wages that will not be earned due to injury. A good example would be an accident that results in brain injury. The injured person will never work again, so all future earning capacity is gone.

In the event an injury results in the injured party no longer being able to perform normal duties around the house, we can file a compensable claim to recover the monetary value of those duties. This is a harder claim to win due to the burden of proof.

Compensable claims based on disfigurement relate to parties whose injuries have significantly altered their personal appearance. It generally relates to things like amputations, scarring, etc.

This final non-economic compensable claim relates to the loss of social interactions related to personal relationships. This sort of claim can only be filed on behalf of an injured party’s spouse or children. Relationships with extended family members and friends do not qualify.

Texas law offers parties injured in car accidents quite a few options for compensable claims. If you have any questions about claims involving you case, please contact us. 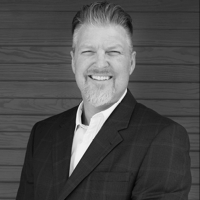 My practice is focused on Personal Injury and Car Accident cases in Rockwall and East Dallas. If you are in an accident of any kind, call me and we will find the solution.
When a Truck Accident Changes Your Life, What's Next?Prev
How a Simple Trucking Mistake Could Seriously Injure YouNext